Today’s reading from the Letter to the Hebrews instructs us to “Let brotherly love continue. Do not neglect hospitality, for through it some have unknowingly entertained angels.”

Recently I read a news story about the actor Matthew McConaughey whose car broke down in Hattiesburg, Mississippi.  I took interest since I was raised in that wonderful state.  While he was stranded on the road, a man whose brother owned a tow truck stopped to help out.  The truck soon arrived and took the car to a shop to have it fixed. While waiting, the man took McConaughey for a burger at Ward’s Restaurant.

McConaughey couldn’t believe the hospitality – the people of Hattiesburg were kind and the burger was great.  He exclaimed in the story that he might retire in Hattiesburg because nothing like this would happen in Los Angeles!  And, surprisingly, no one who met him that day knew who he was.

I retweeted the story proud of my home state and was reminded of today’s passage from Hebrews. McConaughey may not be an angel (though my wife surely thinks he is), but it was a great story of hospitality from The Hospitality State. 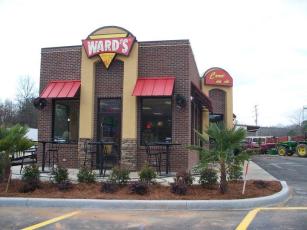 I was disappointed to find out later that I had been hoodwinked by a fake news site. Since I know many people like that from Mississippi, it was easy to believe.  And Ward’s is a real place.

Nonetheless, we are called as Christians to be just like the imagined Good Samaritans from Hattiesburg. Those travelers on the road to Emmaus brought a stranger into their home, one who seemed to be wholly unaware of what had been going on in Jerusalem, and He turned out to be the Lord Himself.

Hospitality is a central theme of our Christian faith and we are reminded that we never know who we might be entertaining.  This is particularly relevant today when the issue of immigration and refugees divides the country and even Christians. On the one hand we fear the stranger who might harm us, and yet we are compelled by Christ’s command to welcome those who seek safety and peace.

Chuck Frost is Pastoral Associate at St. Andrew’s Catholic Church in Roanoke, Virginia. Chuck was received into full communion with the Roman Catholic Church in 2000 after spending 10 years as a United Methodist Pastor in Mississippi and Alaska. After becoming Catholic, Chuck served for 9 years as Diocesan Director of Youth and Young Adult Ministry for the Diocese of Savannah, GA. Chuck has a MDiv from Duke Divinity School. Follow Chuck’s blog at: chuckfrost.wordpress.com