A recent article from a prominent online news source called on Pope Francis to end the practice of praying “Lord I am not worthy that you should enter under my roof, but only say the word and my soul shall be healed” before Holy Communion.  The author, a self-described “healed ex-Catholic,” called it negative reinforcement and implied that this kind of mentality leads people to do destructive things.

I’m certain the author believes that she is making a merciful proposal, but I think she misses the point of mercy.  Indeed, there are Catholics who take the concept of unworthiness to an unhealthy degree, but the Centurion’s prayer in Mass is not an expression of low self-esteem – it’s self-awareness.

In the eighteenth chapter of Luke, Jesus tells a parable about two different pray-ers (and prayers).  The first is a Pharisee who goes to the Temple area and prays: “O God, I thank you that I am not like the rest of humanity—greedy, dishonest, adulterous—or even like this tax collector.  I fast twice a week, and I pay tithes on my whole income.”  Even if we aren’t arrogant enough to actually say those words to the Lord, we’ve all had those moments of “I’m glad I’m not like that person.”  Clearly not a very merciful way to think.

The second pray-er is  a tax-collector – reviled among the people of Jesus’ time for being notoriously unscrupulous.  He, too, goes to the Temple but prays this: “O God, be merciful to me a sinner.”

The point of the parable is clear:  What puts us in greater spiritual peril is not that we are sinners, but that we fail to recognize our lost-ness.  Thus, removing the Centurion’s prayer in Mass would be a tragic liturgical, spiritual, and theological mistake. 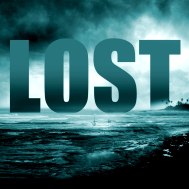 Thomas Merton said it well in No Man Is An Island: “Only the lost are saved. Only the sinner is justified. Only the dead can rise from the dead… Some men are only virtuous enough to forget that they are sinners without being wretched enough to remember how much they need the mercy of God.”